MADRID, Spain, April 7, 2021 /PRNewswire/ -- The Journal of Lower Genital Tract Disease (JLGD), the official journal of the American Society for Colposcopy and Cervical Pathology (ASCCP), have published the final results of the Paloma Clinical Trial, which demonstrated the efficacy of PAPILOCARE® in preventing and treating lesions caused by HPV. Its main conclusions include the normalisation of cervical lesions in 88% of patients infected with high-risk HPV and a clearance of HPV in 63% of the same group of patients. These results are confirmed by the JLGD following a detailed review that began after the presentation of the results of the study in June 2019. "The publication by the Journal of Lower Genital Tract Disease, is the definitive endorsement of a study that demonstrates the efficacy of Papilocare® in normalising low grade lesions or even eliminating the virus completely. However, this is not the end for us, as we are already involved in two new studies to analyse the effect on vaginal microbiota and on genital warts." statesCarine Emsellem, Scientific Director of Procare Health. 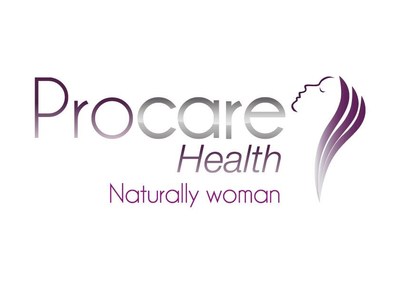 The Paloma Clinical Trial1 (PALOMA trial, #NCT04002154) which involved nine Spanish hospitals (4 public and 5 private2), began in July 2016. It is a multicentre, open, and randomised study conducted in parallel groups and controlled using habitual clinical practice, with the aim of assessing the degree of healing of the cervical mucous in HPV+ women between 30 and 65 years old, with AS-CUS, L-SIL or AG-US smear results and consistent colposcopic image.

These results3 demonstrated normalisation of low grade lesions on the cervix (ASCUS/LSIL) in 85% of the patients treated with PAPILOCARE® after 6 months, and the result was even more significant in women infected with high-risk HPV, normalising lesions in 88% of patients.

"The results of the Paloma trial are really good news for HPV patients thanks to the proven efficacy of PAPILOCARE®. These results have been obtained after more than 4 years of research and their publication in an edition the prestigious JLGTD further strengthens their significance." Dr Cortés, Clinical Coordinator of the Paloma Trial.

On the other hand, as a secondary criterion, the Paloma Clinical Trial demonstrated a 57% increase in the clearance of the high-risk virus, managing to eliminate it in 63% of the patients treated with PAPILOCARE® over 6 months, compared with 40% in the control group. In addition, there is a high level of consistency between the result and the results presented by 3 independent studies carried out by public university hospitals in Spain and Italy, which reported the efficacy of PAPILOCARE® in the clearance of high-risk HPV to be between 50 and 70%.

Taking a step further in its commitment to research into HPV and its effects, Procare Health has joined forces with BioVaxys Technology Corp, world leader in haptenized protein vaccines for antiviral applications and against cancer, for the co-development and joint marketing of vaccines for ovarian cancer, cervical cancer and HPV (Human papillomavirus infection), through a patented platform of haptenized viral antigens to stimulate a personalised immune response.

The agreement also includes the marketing of PAPILOCARE® in the US by BioVaxys, which is the first and only global product that prevents and treats lesions on the cervix resulting from HPV, developed by Procare Health.

HPV (Human papillomavirus infection) infection is one of the most common STI (Sexually transmitted infections), around 80% of people, both men and women, around the world will be infected at some point in their life7.

It is an infection that in the majority of cases, almost 90%, can be transient as it is the immune system itself that manages to eliminate it spontaneously. Nevertheless, today HPV still causes more than 2,500 cases of cervical cancer each year in Spain8, placing it as the 4th most common cause of cancer deaths in women aged between 15-44 in the country.

Procare Health is a pharmaceutical laboratory established in 2012 that focuses on the health and well-being of women. It is a company based in Spain with 100% private capital, which also has established subsidiaries in France and Portugal.  Procare Health has an innovation model with more than 30% of its budget aimed at R&D. Procare Health products are mostly developed with natural therapeutic principles and based on clinical evidence.

About Biotechgate
The UK Biotech Database is a product of Venture Valuation and part of the global Life Sciences lead generation and intelligence platform Biotechgate. Our mission is to provide up-to-date company and business information of the Biotech, Pharma and Medtech sectors to professionals everywhere, in order to support them in identifying the most appropriate business partners, customers and suppliers.